The easyject syringe for prefilling is a small compact prefillable device efficiently safeguarded against reuse and drug tampering.

It is developed based on substantial experience in the design and implementation of traditional AD syringes aimed towards WHO compliance.

A novel design eliminates the traditional plunger rod and introduces a dual functionality component, where the needle shield also includes plunger rod functionality, which relationship is the basis of its innovative AD mechanism.

Unlike any existing prefillable AD devices the easyject design comprises known conceptual elements from traditional prefilled syringes such as the container which is basically unchanged.

The design features come very close to the traditional handling of any syringe with the addition of an efficient re-use and drug tampering prevention safeguarding against any attempt to reuse the syringe or tamper with the drug.

The easyject is designed for compliance with ISO 11040 and further concerning specific regulations regarding prevention of reuse within fixed dose immunizations, which is a requirement for devices used for immunization according to WHO/UNICEF/UNFPA joint statement.

MORE ABOUT THE EASYJECT ADVANTAGES

In certain parts of the world a concerning number of injections are currently unsafe causing the severe spread of infectious diseases.

By example a significant number of all Hepatitis B and Hepatitis C infections can be attributed to unsafe injection practices and hence reuse of syringes.

easyject is safeguarded against tampering and dilution of the content, and the exact dosage required is ensured without any waste.

easyject can be delivered in various volumes with needles in different lengths and diameters, and comes lubricated with easyject basic stopper or lubrication free with the lubrigone1 stopper.

The easyject is available in polymer (COP/COC) or glass which materials provide good chemical resistance and barrier characteristics.

Although the idea of reusing a syringe may sound highly unlikely and even frightening for most people, this is in fact what happens regularly in a large number of countries in certain geographical regions.

Syringe reuse has potentially become a serious threat affecting the lives of millions in the developing countries where syringe reuse is imminent, causing the severe spread of diseases.
It is estimated that millions of people on a yearly basis are infected with a disease from this malpractice.
Drug tampering also known as drug dilution has become an equally disturbing perspective for the pharmaceutical industry and ultimately for patients receiving the diluted and in most cases contaminated injectables.

The easyject AD-syringe for prefilling can help eliminate the risks associated with these challenges.

On the 23 February 2015 the WHO officially urged that all syringes must be replaced by intelligent syringes latest by 2020.

This is a statement in line with CDC (Center of Disease Control) after syringe reuse has been discovered on several occasions in the US. 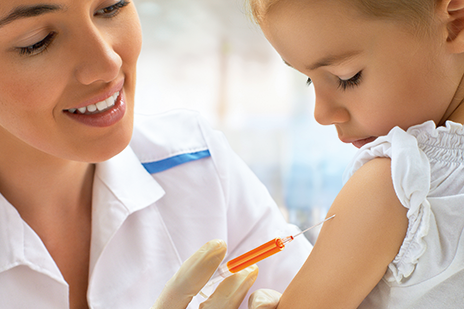 Clean injection systems...
Our components are high-precision injection moulded and can be provided for syringe solutions that are lubrication free, coating free, silicone oil free and baked-on silicone free